THIS IS OUTDATED. All documentation is now on the github wiki. Please refer there or to the CDM working group for more information

A Drug Era is defined as a span of time when the Person is assumed to be exposed to a particular active ingredient. A Drug Era is not the same as a Drug Exposure: Exposures are individual records corresponding to the source when Drug was delivered to the Person, while successive periods of Drug Exposures are combined under certain rules to produce continuous Drug Eras. 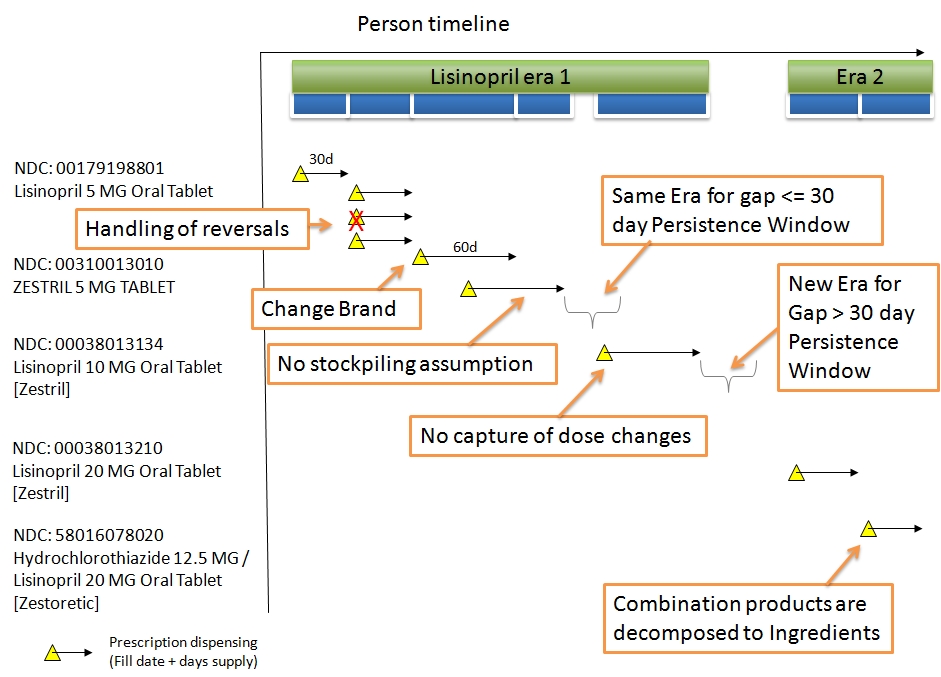