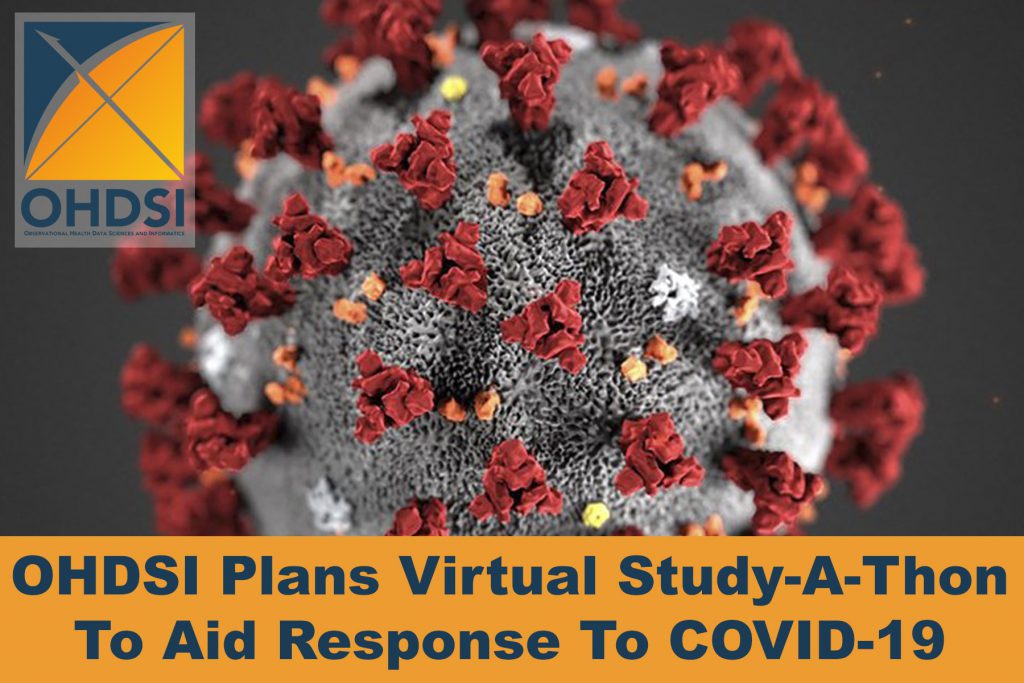 While cautionary measures in light of the COVID-19 outbreak led the OHDSI European Symposium Organizing Committee to cancel the 2020 European Symposium scheduled for later this month, the community has responded with plans to aid in the international fight against this disease.

In true OHDSI fashion, the community plans to do it collaboratively.

As announced in a forum post this past weekend, OHDSI will run a virtual study-a-thon during the time previously planned for the symposium (March 26-29). While the OHDSI community has experienced impressive success in recent study-a-thons, including a recent one in Barcelona, this virtual study-a-thon will allow multiple stakeholders from around the world to collaborate on research focuses that will be announced later.

Web conferences will be planned so that community members in all time zones can take part in this event, with particular emphasis on supporting the needs of our colleagues in South Korea. More information will be shared when available.

The full announcement of the study-a-thon on COVID-19 can be found on the OHDSI Forum.