↓ Skip to Main Content
Home › Who We Are › Collaborators › Alex Asiimwe, PhD 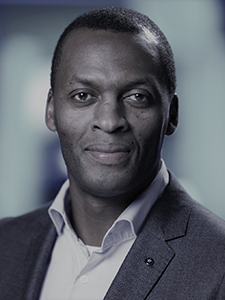 Dr. Alex Asiimwe is Head of US Open Innov. Public Priv. Partnerships at Bayer, where he is leading efforts to establish and build private public partnerships that lead or accelerate innovation in drug development lifecycle. He served as a contributor on the Observational Medical Outcomes Partnership (OMOP), a public-private partnership chaired by the Food and Drug Administration, where he represented his company. Since the inception of OHDSI, he has been actively involved in OHDSI activities such as the OHDSI Symposium Organizing Committee lead team, which is responsible for coordinating the annual OHDSI symposiums, an event which has attracted more than 400 attendees from academia, government and industry. Alex has also initiated and supported development of treatment pathways and signal detection tools which can be accessed on the Github. Alex has also been instrumental in implementation of OHDSI platform in his organizations.

In 2007, Alex received his PhD in Clinical Epidemiology in the United Kingdom. Alex is a clinical epidemiologist and has worked in various leadership positions within the pharmaceutical industry at Bayer, Eli Lilly and AstraZeneca, and also in academia/Hospital at St Andrews and Dundee Universities in Scotland, and University of Cambridge and Portsmouth Hospitals University NHS Trust in England.