↓ Skip to Main Content
Home › Who We Are › Collaborators › Lily Peng 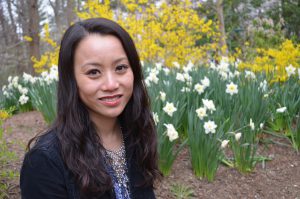 Dr. Lili Peng is currently a lead scientist at Booz Allen Hamilton supporting data management, data science, an IT implementation projects at the U. S. Food and Drug Administration. Prior to joining Booz Allen in 2017, she worked as an informatics scientist at AstraZeneca Pharmaceuticals providing analytics and programmatics support to drug discovery and development projects. As the OHDSI representative for Booz Allen Hamilton, she is actively involved in developing and expanding real-world evidence business opportunities at the FDA, including the Sentinel System.

Lili completed her postdoctoral training in computational chemistry and bioinformatics at University of California, San Francisco and Stanford University from 2011-2014. Prior to that, she did her Ph.D. in bioengineering from the University of California, San Diego; for her thesis she used computational chemistry modeling to construct structural models of polymeric drug delivery system to identify the optimal preclinical candidates for clinical trials. She established and managed an academia-industry collaboration comprising of 35 people for five years. She completed her B.S. in chemical engineering at the Massachusetts Institute of Technology.