↓ Skip to Main Content
Home › Who We Are › Collaborators › Mees Mosseveld 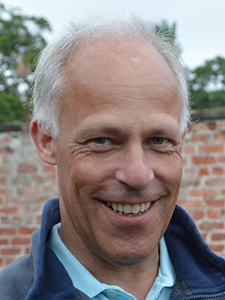 Mees Mosseveld, MSc, obtained his MSc in Informatics at the Free University in Amsterdam, The Netherlands in 1988. After that he started working at the Department of Medical Informatics at the Erasmus University (became part of the Erasmus MC in 2002) as scientific programmer. In the decision support group of Johan van der Lei he developed the decision support systems HyperCritic, BloodLink, AsthmaCritic, and CholGate. In 1995 he also got involved in building and maintaining the first version of the IPCI database. A database containing medical records from GP’s throughout The Netherlands.

In 2010 he joined the development team of the data transformation tool Jerboa and its successor JerboaReloaded and developed the data entry tool Chameleon.

Besides software development, he also maintains the IPCI network infrastructure and provides support to the IPCI researchers working on the IPCI database. He is also administrator of the Remote Research Environment that is used in many international projects.

Since 2017 he is also involved in OHDSI and the OMOP Common Datamodel.