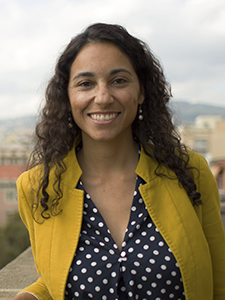 Talita Duarte-Salles is an epidemiologist leading the area of real-word evidence at IDIAPJGol, a primary care research institute located in Barcelona, Spain. Since 2015, she has been involved as project lead in different research projects using electronic health records databases, mainly the SIDIAP (www.sidiap.org) in Spain. She has also collaborated in a number of European research projects with other databases such as the United Kingdom’s CPRD, Denmark’s Danish Health Registries, Spain’s BIFAP, Italy’s HSD, or the Netherlands’ IPCI.

Duarte-Salles holds a Masters in Public Health and a PhD in Biomedicine by the Universidad Pompeu Fabra (2012). She was a postdoctoral fellow for three years at the International Agency for Research on Cancer (IARC-WHO), where she was involved in the EPIC study focusing on the role of diet, body adiposity and metabolomics on cancer development and discovery of early cancer biomarkers. Her scientific research interests are focused on the relationships between environment and lifestyle factors and cancer development, as well as the use of data from electronic healthcare records in observational research.

In OHDSI, she is involved in the mapping process of SIDIAP to the OMOP-CDM, she has collaborated in OHDSI studies, and she is willing to collaborate and lead future research projects within the community.