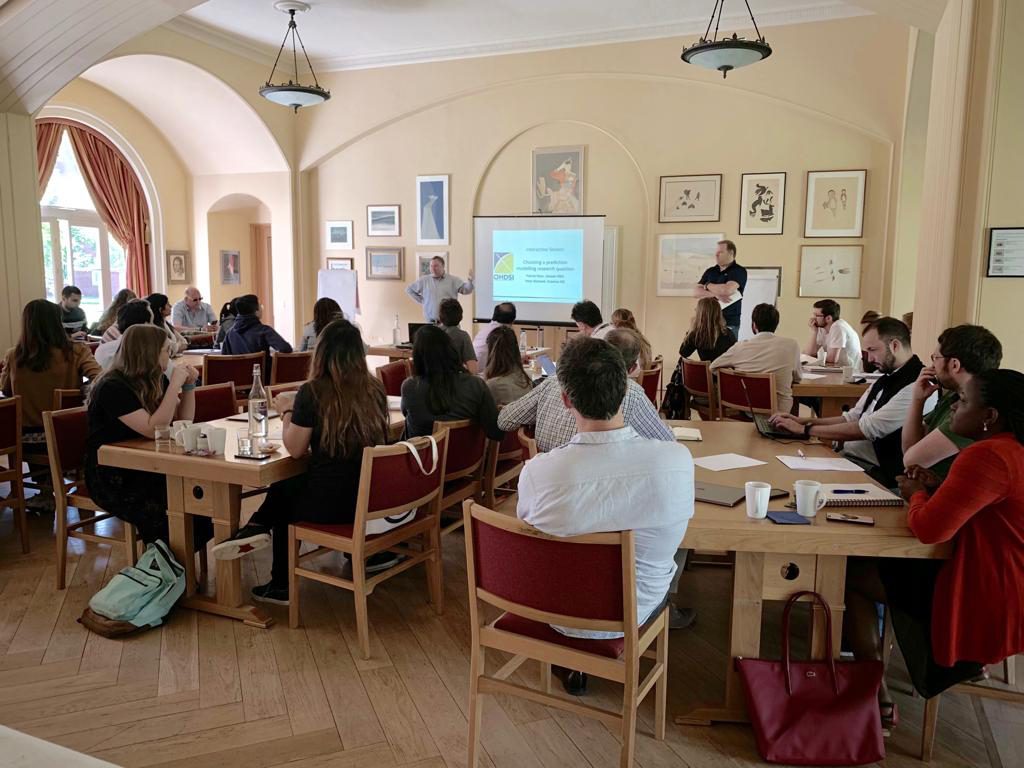 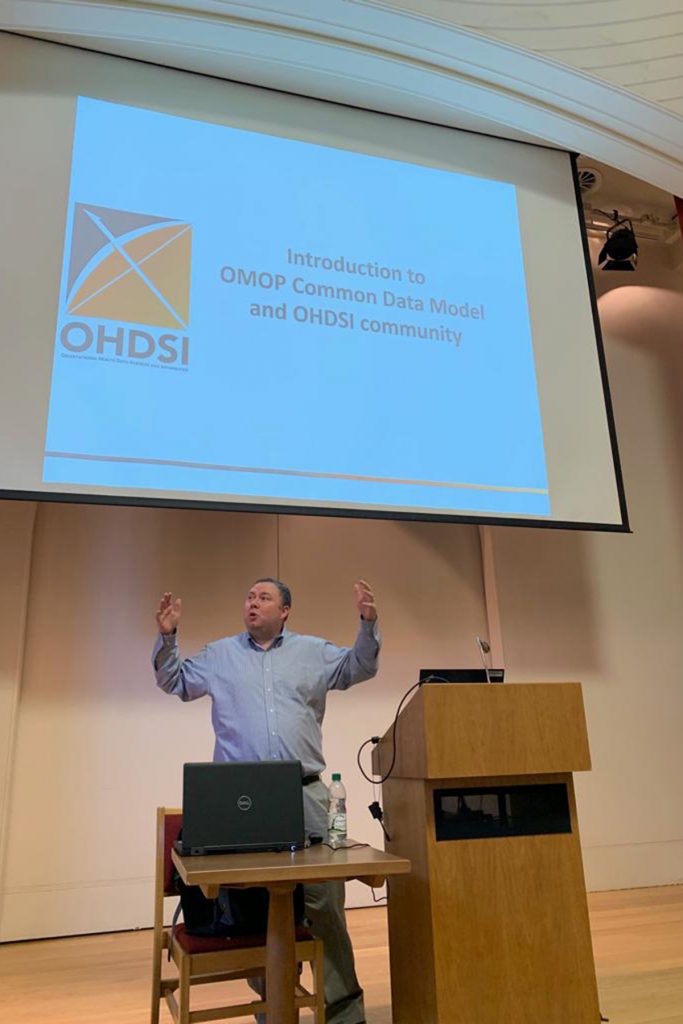 Patrick Ryan (above) and Peter Rijnbeek led the OHDSI tutorial to 50 collaborators from varied backgrounds, ranging from academia, industry, clinical practice, and government across Europe.

The Oxford Summer School session brought together 50 collaborators from varied backgrounds, ranging from academia, industry, clinical practice, and government across Europe. The OHDSI-led session opened with an interactive exercise focusing on how to define a quality patient-level prediction problem.

Students were tasked with determining an important issue for patients, and then they voted on the highest-impact nomination — ‘Amongst patients newly diagnosed with chronic hepatitis B, which patients will go on to develop hepatocellular carcinoma in the next 5 years?’ — to become the focus for the remainder of the session.

“It is great to see Real World Evidence course organizers realize the importance of the OMOP common data model and OHDSI for creating reliable evidence,” Rijnbeek said. “We had a fantastic response from the participants when they saw the power of OHDSI in action to design and execute patient-level prediction studies.”

Rijnbeek and Ryan instructed the students about how to design a patient-level prediction study, as well as how to execute analysis and then interpret the results. Using the OHDSI open source, ATLAS and PatientLevelPrediction tools, the group witnessed a live demonstration before training a model around the chosen question and collaborating on a drafted paper that presented the results.

The preliminary results were quite encouraging, with initial performance of auc=0.84. The study has now been opened for OHDSI community participation.

Similar to the afore-mentioned work with CSS, the session demonstrated how OHDSI, through its community approach to collaborative research, turns ‘proposed idea’ into ‘generated evidence’ within hours.

“I was honored to represent the OHDSI community and share our community’s research and development at Oxford,” Ryan said. “It is great to see such a diverse mix of participants come together to learn, and it was fun to provide them the opportunity to experience open science collaborative research.”

“By working together as a community, we showed it is possible to go from brainstorming an idea to generating evidence in just one day,” Ryan added. “I hope that is a lesson the students take with them as they join the journey toward real world evidence.” 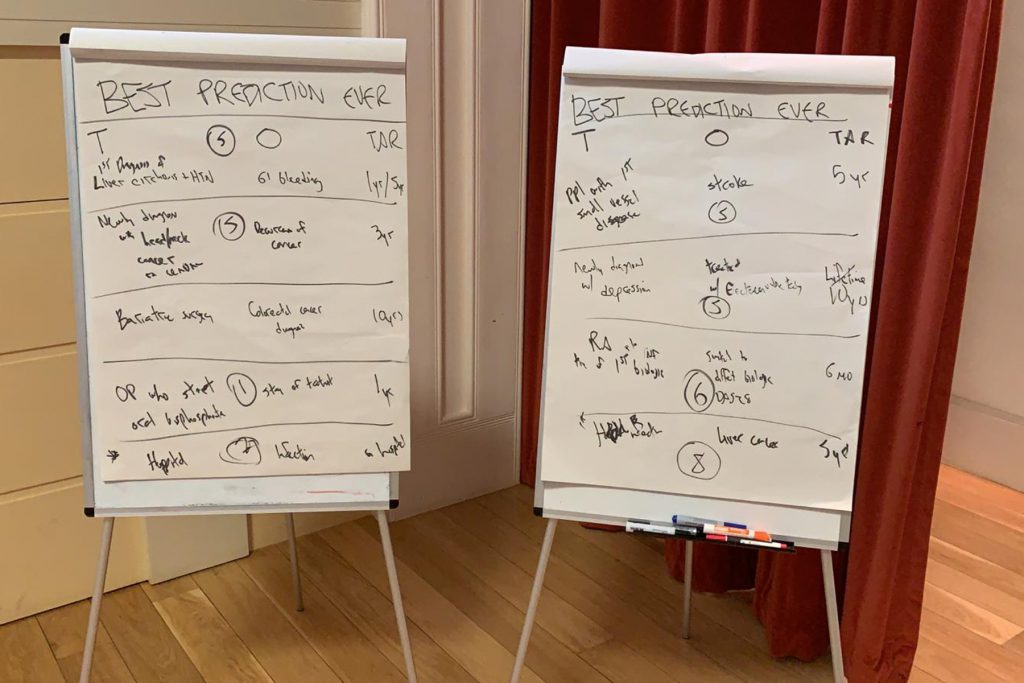